Virtual reality (VR), a technology by which computer-aided stimuli create the immersive illusion of being somewhere else—and a topic on which middle ground is about as scarce as affordable housing in Silicon Valley.

VR is either going to spend our lives in a way nothing has since the smartphone, or it’s the technological equivalent of trying to make “fetch” happen. The poles of that debate were established in 2012 when VR first re-emerged from obscurity at a videogame trade show; they’ve persisted through Facebook’s $3 billion acquisition of headset maker Oculus in 2014, through years of refinement and improvement, and well into the first and a half-generation of consumer hardware.

The truth is likely somewhere in between. But either way, virtual reality represents an extraordinary shift in the way humans experience the digital realm. Computing has always been a mediated experience: People pass information back and forth through screens and keyboards. VR promises to do away with that pesky middle layer altogether. As does VR's cousin augmented reality (AR), which is sometimes called mixed reality (MR)—not to mention that VR, AR, and MR can all be lumped into the umbrella term XR, for "extended reality."

Now VR is finally beginning to come of age, having survived the troublesome stages of the famous "hype cycle"—the Peak of Inflated Expectation, even the so-called Trough of Disillusionment. But it's doing so at a time when people are warier about technology than they've ever been. Privacy breaches, internet addiction, toxic online behavior: These ills are all at the forefront of the cultural conversation, and they all have the potential to be amplified many times over by VR and AR. As with the technology itself, "potential" is only one road of many. But, since VR and AR are poised to make significant leaps in the next two years (for real this time!), there's no better time to engage with their promise and their pitfalls.


What is Virtual Reality?

This may seem like a lot of effort, and it is! What makes the development of virtual reality worthwhile? The potential entertainment value is clear. Immersive films and video games are good examples. The entertainment industry is after all a multi-billion dollar one and consumers are always keen on novelty. Virtual reality has many other, more serious, applications as well.

There are a wide variety of applications for virtual reality which include:

Now we can travel virtually to different places and immerse ourselves in certain environments while tasting the dishes from these locations.

Immersive journalism takes the user to the places where events have occurred with live streaming of 360° videos.

In classrooms, the use of VR allows students to better retain knowledge and helps students with learning difficulties.

VR helps architects to better envisage a space and present the project to their clients. 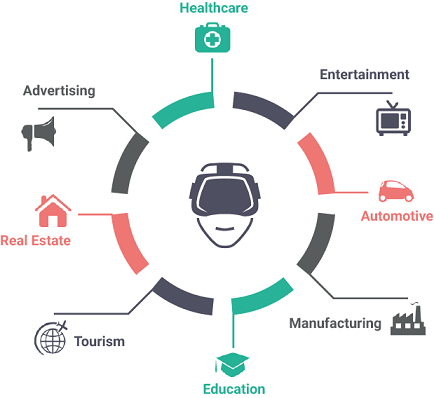 Digital Twins are exact digital copies of physical objects that factory workers can practice on and test in a virtual world.

Users can enter a scene in a video game or practice extreme sports without moving from their sofa.

Some museums and galleries offer virtual visits or immersive experiences to help understand the history and culture associated with each work.

The Spanish National Research Council has succeeded in reducing the effects of Parkinson's in several patients by applying a treatment that uses VR.


The Future of VR

Beyond games and other interactive entertainment, VR shows promising applications for pain relief and PTSD, for education and design, for both telecommuting and office work. Thanks to "embodied presence"—you occupy an avatar in virtual space—social VR is not just more immersive than any digitally mediated communication we've ever experienced, but more affecting as well

The internet has given us phishing and catfishing, deep fakes, and fake news. Transpose any one of those into an all-encompassing experiential medium, and it's not hard to imagine what a bad actor (or geopolitical entity) could accomplish.

Besides, the way things are going, there's going to be a lot of good coming at us in the next few years.


What is Augmented Reality?


Augmented reality (AR) is an experience where designers enhance parts of users’ physical world with computer-generated input. Designers create inputs—ranging from sound to video, to graphics to GPS overlays and more—in digital content which response in real-time to changes in the user’s environment, typically movement. 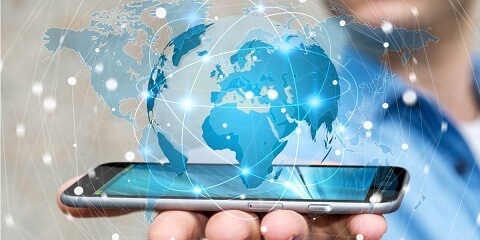 AR can provide a view of the real-time data flowing from products and allow users to control them by touchscreen, voice, or gesture. For example, a user might touch a stop button on the digital graphic overlay within an AR experience—or simply say the word “stop”—to send a command via the cloud to a product

There are a wide variety of applications for virtual reality which include:

The Gatwick airport passenger app just won several awards for its creative use of AR technology. With the help of more than 2,000 beacons throughout its two terminals, passengers can use the AR maps from their mobile phones to navigate through the airport. As the app matures, it might eventually help improve traffic flow in the airport.

Cosmetic company Sephora uses AR technology to allow customers to try out different looks and eye, lips, and cheek products as well as colors right on their digital faces. This is a powerful way to boost sales and to give customers a fun way to try out new looks. Another company that uses augmented reality to inspire purchases is Rolex. The company has developed a virtual try-on experience where prospective customers can try out different styles and models.

Rather than increase sales, sometimes AR is just created for fun or to engage with customers such as the Bic DrawyBook app or teeth brushing games from Georgia-Pacific’s Dixie brand.

The Dulux Visualiser helps you try out a shade of paint for your room before you buy. Just use your smartphone camera to scan your room and virtually paint it with any color of the rainbow.

There are some incredibly exciting applications for augmented reality in healthcare from allowing medical students to train in AR environments to telemedicine options that enable medical professionals to interact with patients. In critical situations, augmented reality applications can deliver real-time information to the treatment area to support diagnosis, surgery, and treatment plans.

For those who have purchased furniture and discovered once it was delivered it didn’t work in the space, the Ikea Place app will help you avoid that predicament in the future. The app was built using Apple’s ARKit technology, and it allows you to scan your room and design the space by placing Ikea objects in the digital image of your room to create a new environment with the new products.

Home improvement store Lowe’s has Measured by Lowe’s, a virtual tape measure that can be used inside and out, and Envisioned by the Mine (owned by Lowe’s) which allows you to place 3D images of furnishings and accessories into your home or commercial space.

In Augmented Reality, the computer uses sensors and algorithms to determine the position and orientation of a camera. AR technology then renders the 3D graphics as they would appear from the viewpoint of the camera, superimposing the computer-generated images over a user’s view of the real world. 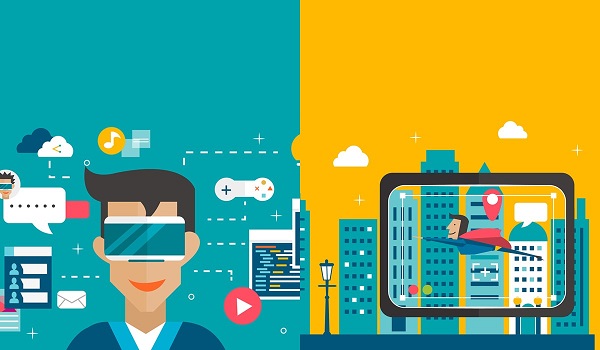 In Virtual Reality, the computer uses similar sensors and math. However, rather than locating a real camera within a physical environment, the position of the user’s eyes is located within the simulated environment. If the user’s head turns, the graphics react accordingly. Rather than compositing virtual objects and a real scene, VR technology creates a convincing, interactive world for the user. 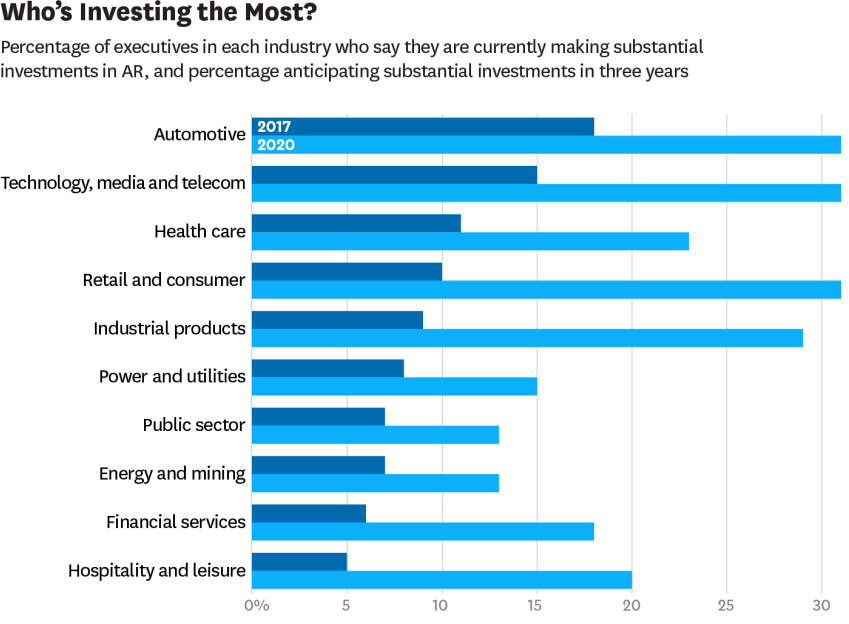 Virtual reality is the creation of a virtual environment presented to our senses in such a way that we experience it as if we were there. It uses a host of technologies to achieve this goal and is a technically complex feat that has to account for our perception and cognition. It has both entertainment and serious uses. Technology is becoming cheaper and more widespread. We can expect to see many more innovative uses for the technology in the future and perhaps a fundamental way in which we communicate and work thanks to the possibilities of virtual reality.

Augmented Reality (AR) enhances the physical world around us with the help of technology. Technology that overlays information and virtual things on real-world scenes in real-time. It uses the pre-existing environment and adds information to it to make a new artificial environment.